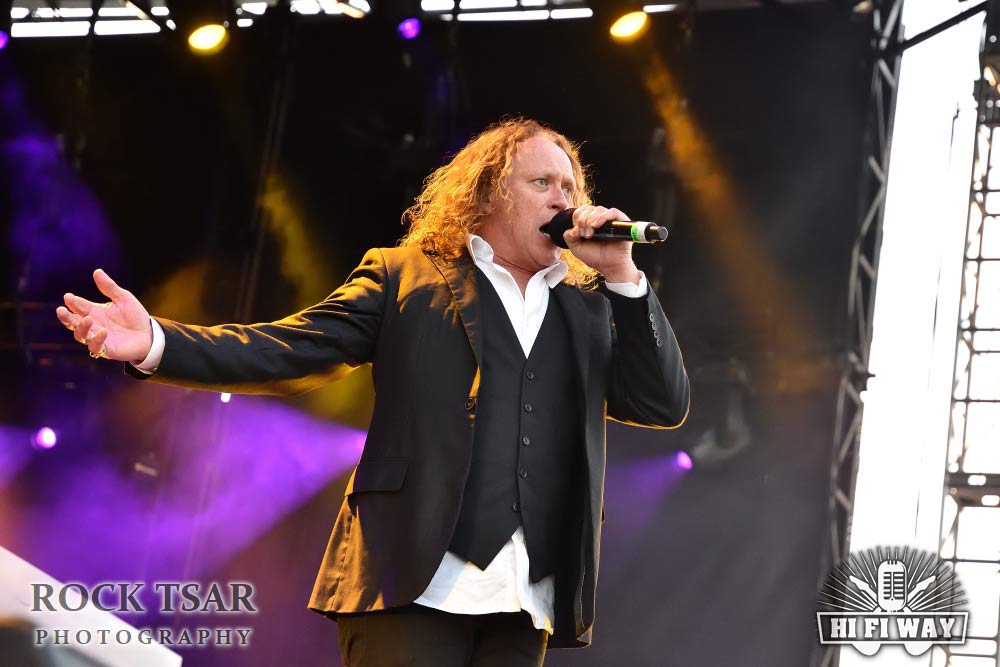 Every live experience right now seems like a gift and it was an unusual experience being out in a big crowd at The Symphony Of Angels featuring the iconic legendary Australian band The Angels with the Adelaide Symphony Orchestra (ASO) as part of FOFO, Festival Of Orchestra, which was held over six nights at the Adelaide Showgrounds under the stars.

It was a fantastic event, well organised, plenty of eats and drinks in a COVID safe environment. The setting was perfect, albeit a little brisk as the evening unfolded but fans and music lovers were treated to a stellar couple of hours of some of The Angels finest hits given the orchestral touch up. What a band to be playing with than the ASO led by conductor Rob John.

No doubt there’s some of the world’s best musical talent playing in the ASO.

After the introduction and Overture Brewster brothers John and Rick, Nick Norton and Sam Brewster, and the incomparable and charismatic Dave Gleeson hit the stage to play After The Rain. A little unlike a regular Angels gig there were was plenty of polish after several days of rehearsals and by show day they were absolutely humming like a well oiled machine.

Straight Jacket followed and then it was Skid Row After Dark returning to more familiar territory with No Exit. Gleeson remarked that it was awesome to have the power behind them referring to the incredible ASO and being able to play in front of a crowd. Outcast was great and whilst there might not have been any dancing (despite many valiant attempts) Gleeson said you’re allowed to sing wrapping up the first set with Face The Day and Take A Long Line.

After a short intermission the Brewster brothers returned and said they were proud to be an Adelaide band and paying tribute to Doc Neeson and Chris Bailey with the set staple Love Takes Care. Be With You was sensational and the choir took this one to a whole new level. The hits keep a coming with No Secrets, Shadow Boxer, Marseilles and Mr Damage.

I don’t know if there were any broken chairs but you could get the sense that the two thousand strong crowd were really getting in to it. It might of been cold but that didn’t dampen the spirits by any stretch with end nearing. Fashion and Fame and Blue Blood were so good. There was a sense of anticipation for show closing Am I Ever Gonna See Your Face Again with the crowd finding plenty of voice to add to the chorus.

Fantastic show and it was great to be out experiencing live music.

Get The Double Album